Take the kids to Knowsley Safari this half term and see the cutest meerkats you’ve ever seen, plus did we mention children go half price! 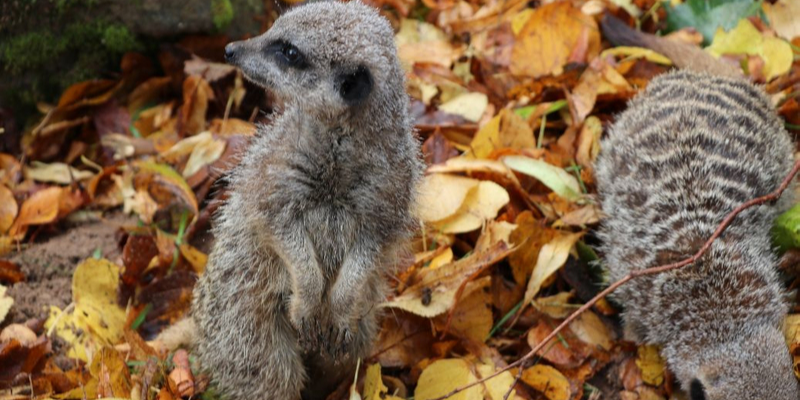 Children go half price from Saturday 26th October to Sunday 3rd November 2019 at Knowsley Safari in Liverpool. Parents looking for  a unique and exciting day-out this half term can take the children to Knowsley Safari for just £6.25 each.

The Merseyside Safari has been transformed with autumn colours and some of Knowsley’s animals, including a litter of bush dog puppies, have been enjoying the season’s falling leaves as much as any child.

The litter of bush dog puppies can be found playing on Knowsley’s Foot Safari, where children and parents alike will also enjoy seeing meerkats, giraffes and the Safari’s other latest arrival, male adult Amur tiger Kuzma. He’s joined Amur tiger sisters Bira and Sinda as Knowsley Safari looks to support breeding and conservation of this endangered species of big cat.

On the Foot Safari, parents can also take their pack to visit Wolf Country, where they’ll come face-to-face with Iberian wolves and take a walk-through Bat Forest, where Egyptian fruit bats swoop through the air. 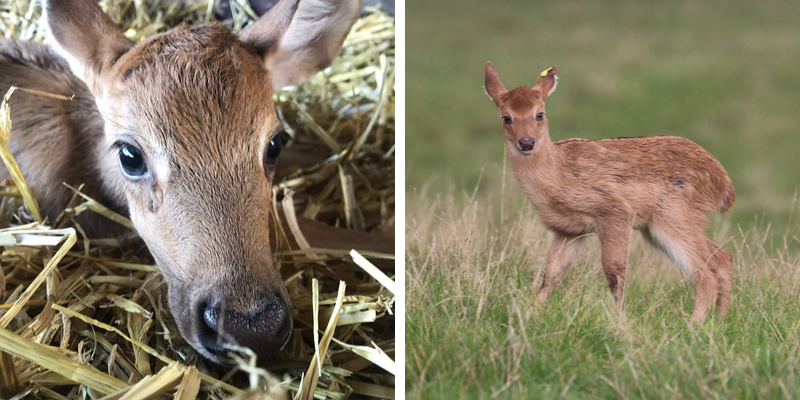 Plus, the Safari has recently welcomed a new and adorable baby to their family, an Eld’s Deer fawn. Pictured above at only a few hours old, it supports the conservation efforts for a species that has seen wild populations decline by more than 50% in the last 15 years.

The half price childrens’ entry doesn’t just stop at the Foot Safari, it also includes the Safari Drive – the UK’s longest safari route, meaning it really is a full-day out!! Covering five miles in more than 550 acres of park, children will be able to see African lions, white rhino, bison and so much more.

For more information and to book tickets visit Knowsley Safari