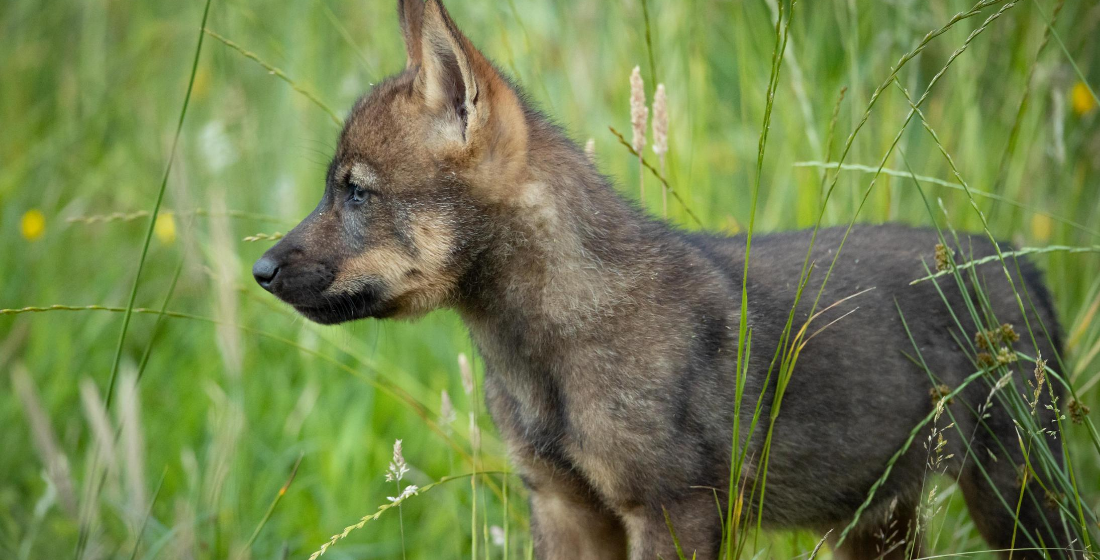 Make your summer a howling success with Knowsley Safari.

Knowsley Safari has welcomed the arrival of five new Iberian wolf pups into its fold, creating a 7-strong resident pack which will allow visiting children the chance to discover a very different side to the ‘big bad wolf’ of fairy tale folklore.

Summer visitors to Knowsley Safari will have a special opportunity to visit the Wolf Country habitat and glimpse these inquisitive animals as they dart in and out of the Foot Safari ferns.  Children will be delighted as they watch the pups chasing and rolling each other over and will learn the significance of this behaviour in establishing the dominance hierarchy within the pack. 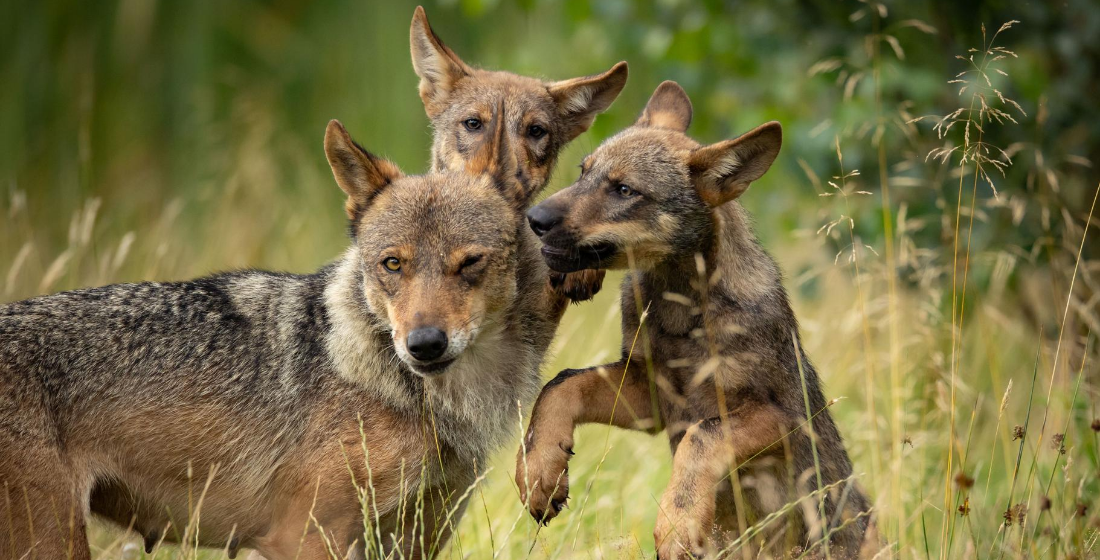 The offspring of 8-year-old mother Morena and 10-year-old father Carlos, who can be seen keeping a watchful eye over them, the pups are approaching 12 weeks old.  Soon to be sexed and named, each weigh in at around 10kg, approximately a quarter of their parent’s weight.

Children and adults alike will have the fairy tale villain myths dispelled as they learn fascinating facts about this legendary species.  For instance, did you know a wolf howl can be heard over a mile away? Or that wolves use their distinctive calls to protect territory from rivals and call to other pack members? 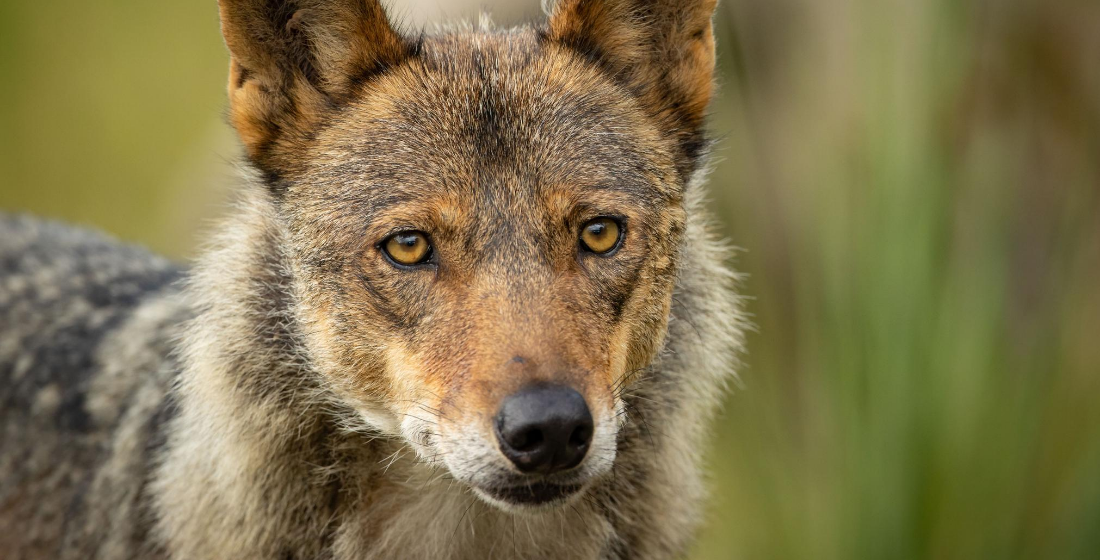 Adam Kenyon, Head of Carnivores at Knowsley Safari said: “Wolves are captivating animals that are very often misunderstood and have traditionally been villainised unfairly.  This summer is the ideal time to visit Knowsley Safari and witness the next generation of this species.

“The pups are currently going through a rapid growth stage and the behaviours that go alongside this – play hunting, feeding, establishing their place within the pack’s hierarchy – are a sight to behold, and not one that comes around often. I’d advise a booking a visit soon before this special time has passed!”

Native to Northern Spain and Portugal, Knowsley Safari currently holds the largest pack of Iberian wolves in the UK.  Pushed to the brink of extinction after centuries of being hunted by farmers concerned for their livestock, their role in the natural order is frequently overlooked.  Wolves control populations of animals such as rabbit, deer and boar, too many of which deplete forest and woodland vegetation, preventing the next generation of greenery to survive.

To ensure your visit to Knowsley Safari is as enjoyable and safe as possible, booking is essential.  For further information and to reserve your time slot and tickets please visit: www.knowsleysafariexperience.co.uk.