Unlock Liverpool were lucky enough to be one of the first to try Six By Nico Liverpool’s six course tasting menu, The Chippie, and you can too! 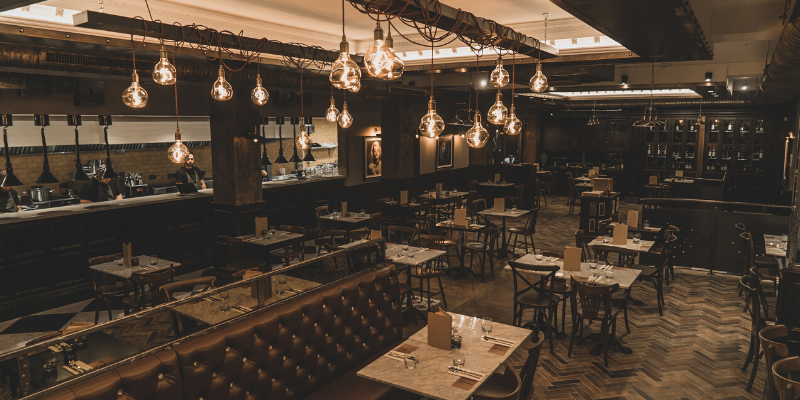 New restaurant ‘Six By Nico’ isn’t short on hype. Run by Scottish-Italian Michelin chef Nico Simeone, the restaurant is based on an innovative six course tasting menu which will run for six weeks before being replaced by a new theme — and its first one? ‘The Chippie’. After successfully opening up restaurants in Edinburgh, Glasgow, Belfast and Manchester, they decided to deliver the exciting concept for Liverpudlians to relish! 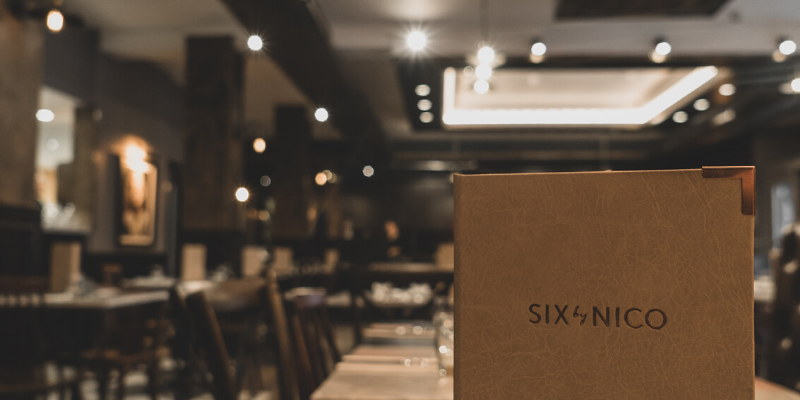 Unlock Liverpool got to try out Nico’s ‘The Chippie’ six course menu, accompanied by pairing wines, ahead of its launch to the public. Welcomed by that iconic Chip Shop aroma, grab a fork and unwrap your favourite, nostalgia classics. This menu will run from Tuesday the 12th of November until Sunday the 22nd of December and never return to the Liverpool kitchen. It’s worth noting the vegetarian equivalent dishes can be served for all the menu.

We started with an aperitif named Seaside to fit in with the theme, made with Earl Grey tea, prosecco, samphire and fizzy sherbet. Plate one arrived shortly after, named ‘Chips & Cheese’ (Parmesan espuma, curry oil, salt and vinegar potato croquette). A great introduction to ease us into the loud flavours we came to expect by the end. The cheesy tang and unexpected curry oil was indulgently comforting and increased anticipation for what was to come.

Soon came the Scampi-inspired dish (monkfish cheeks, pea emulsion, herb butter sauce, gribiche). Cooked to perfection and served with a light-bodied Portuguese white wine cutting through the fish with a dash of citrus.

Next, we were served Steak Pie (beef shin, burnt onion ketchup, mushroom duxelle). The names do play games with your mind as this was a pastry-less steak pie but delicious none the less and lived up to a chippie classic. The generous beef shin was melt-in-your-mouth tender, and was served with a fruity South African berry red. It was a helpful touch that all dishes and wines were served with a detailed description whilst each course delivered. 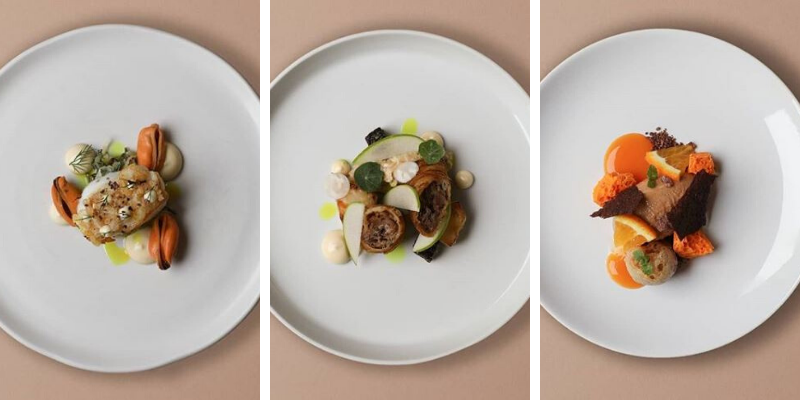 The fourth course continued the chippie flavours with Fish Supper (cod, confit fennel, samphire, beer pickled mussels, brandade), a firm favourite amongst the table and a mouth-watering salt and vinegar scent! The tender, flaky cod was perfectly textured with crispy salt and vinegar scraps finished with zingy beer battered mussels on the side.

Our penultimate course was presented under glass domes, which once lifted revealed a swirling cloud of smoke. The Smoked Sausage (pork belly, salt baked celeriac, caramelised apple, black pudding) was revealed after the meaty smoke disappeared. This dish was the highlight of the evening and contained the most varying flavours and textures, with crispy apple and chewy pork belly wrapped in a subtle caramel.

Nico added an homage to his Scottish roots with the grand finale of the menu: the dessert, Deep-Fried Mars Bar (Caramelia chocolate mousse, orange sorbet, cocoa nib). It’s not for those who don’t like indulgent desserts, but if you do, well – get ready. The chocolate mousse was light but flavoursome, and the orange was a perfect an accompaniment as the sweet, fruity Italian white wine. 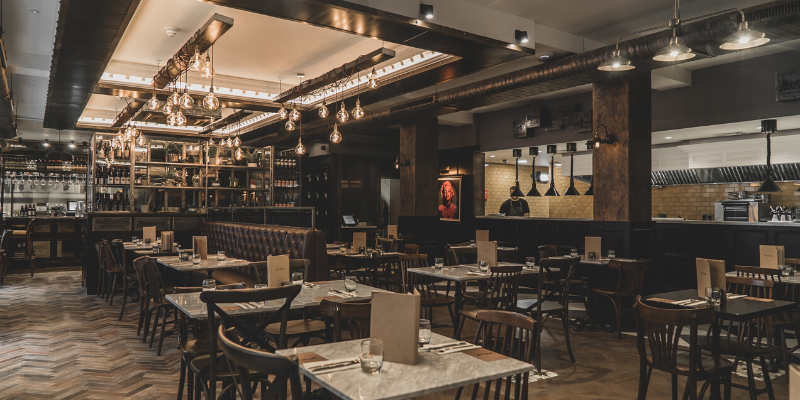 All in all, our afternoon at Six By Nico Liverpool was a delightful food journey, through old memories and new sensations. The new restaurant in North John Street is tastefully decorated, with a large open kitchen counter where you can observe the chefs intricately putting together each course. The presentation of each dish is immaculate. It’s definitely priced as a treat, at £29 for the complete tasting menu, and an additional £26 for the wines – which we strongly recommend and one for the foodies of the world.

We can’t wait to see what will be on the horizon! See you in six weeks Nico!